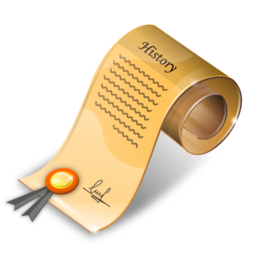 Port Dalhousie is the starting point for the first 3 Welland Canals. These canals were instrumental in the early development of Canada and the USA. Downtown Port Dalhousie is one of the few remaining 19th century canal villages left in North America.

Lock 1 of the 2nd canal was constructed in 1845 and is situated in the heart of the commercial core (across the street from Murphy’s restaurant).  In operation until 1889 this is the very canal that helped usher in Confederation in 1867.  Although structurally very sound, the lock is suffering from decades of neglect.  The Kiwanis Club of St Catharines, in partnership with the Port Dalhousie Beatification and Works Committee (BWC), the Port Dalhousie Business Association and the City of St Catharines, has taken on the challenge of restoring the Lock into a public space for generations to come.  It will be our gift to Canada in celebration of our 150th.  This project will restore the Lock, turn it into a gathering place and educate people about the significant role it played in the history of Canada’s emergence as a nation. 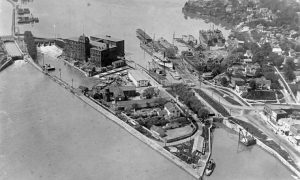 Much of the knowledge of the early canals has been lost to the text books and has faded from common knowledge, in particular the story of the Canal Horses.  Anywhere from 4 to 12 horses would be harnessed to a ship in order to pull it the length of the canal.  Their lives were misery coupled with drudgery and over the years countless numbers were sacrificed in the name of progress.  On a blustery day it was not uncommon for the horses to be pulled over the edge by the buffeting ship and drown, or be crushed against the walls.

An integral part of this restoration will be a statue to honour the forgotten Tow Horses of the Welland canals. This project will bring back to the forefront of our communal knowledge the story of the Tow Horse and the sacrificial lives they led.   Situated in the core of the commercial district, restoring it from the “naturalization” that has taken place will further serve as an economic-tourist boost.