The first step of the project was to obtain a suitable location. Kiwanian Ivan Buchanan, then Reeve of Grantham Township, with co-operation from the City of St. Catharines, secured a location on Geneva Street which was purchased for one dollar.

To gain the amount of funding needed, the Kiwanis turned to The Canada Mortgage & Housing Company. For the CMHC to help they requested an $8,000 down payment. Without hesitation the members each signed on $150 towards the beginning of what would become a major part of the Kiwanis’ contributions to the community of St. Catharines.

Several citizens proved to be extremely helpful throughout the process. Among them were P.P. Harry Cavers, a lawyer and club member who offered to cover all legal fees free of charge.

Gorden Rennie was a representative of the CMHC at the time and a helpful liaison throughout the buildings inception. Ernie James was a member of the club employed as a bank manager – he handled the financial end of the project.

Plans for the first two buildings were drawn up by Secord & Fleming, Art Ellis Construction Co. and the construction commenced late 1955. In 1957 the buildings were ready to be occupied. During construction, Kiwanian Ed Moir supervised the project to ensure the building met the quality Kiwanis deserved. He also made other contributions, one was a bridge across a large ditch to allow tenants to cross to the Fairview Mall. It was always referred to as “Moirs Bridge”.

The success of this project strengthened the decision of the Directors to erect two more buildings in the same area. Early in 1962 Murray Walters, then President, took part in a ceremony to commence the project. Joined by club members, the press and public, Murray Walters had the privilege of breaking the ground.

Over the years large scale renovations have continued to take place to ensure that the facility meets the highest standard of excellence for its residents.

The success of this project has helped numerous seniors throughout the community gain a better standard of life.

To gain more insight into the impact the seniors apartments has on the lives of it’s residents, we spoke to two wonderful women named Judy and Moira who currently live at the apartments. Judy was a local who was living in an apartment that she summed up in one word as “horrible”. When the opportunity arose for her to acquire affordable living with extremely caring superintendents on-site, she jumped at the opportunity. Moira is originally from Sri Lanka and has lived in a few places in Niagara, but within the past few years has settled in St. Catharines at the senior apartments and couldn’t be happier.

Each of them shared stories about how they have made new lifelong friends and spend many nights sitting out late at night talking and spending time with the other residents. Judy even takes it upon herself to make breakfast for some of the residents, help them with their groceries, and let them visit with her dog. People like Judy make it evident that everyone likes to feel a part of a big happy and healthy community at the apartments, and the events that the Kiwanis holds for the residents encourage that kind of empowering lifestyle. They give a means to form enduring friendships and build an amazing community at the apartments. These events range from holiday socials, bingo night, exercise classes, strawberry socials, and even monthly birthday events for the residents – all of which are facilitated by volunteers of the Kiwanis and the kind and helpful on-site superintendents.

Within the past five years the Kiwanis Club applied to rezone the park land in front of the senior apartments to build another unit to meet demand. It was approved and the club, again with the help of Canada Mortgage and Housing Company constructed a 40 unit, 6 storey apartment on these former park lands.

Current President of the Kiwanis Seniors Apartments Jack McKiernan has pledged that since there is a real need for affordable senior housing, the club will continue to expand as monies become available.

Some fast facts about the Kiwanis Senior Apartments

Randy Warren and Emily Walsh have been the superintendents since the building opened in 2012 and have over 12 years of experience in the field.

There is a multi-purpose room for the residents use, and a main floor, pay laundry facility. The building is serviced by 2 elevators.

Written by Will Foran. 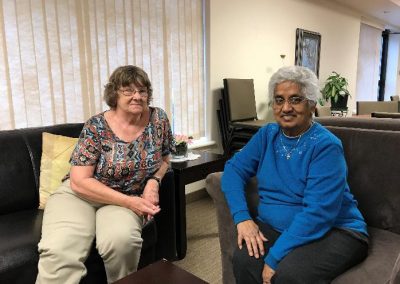 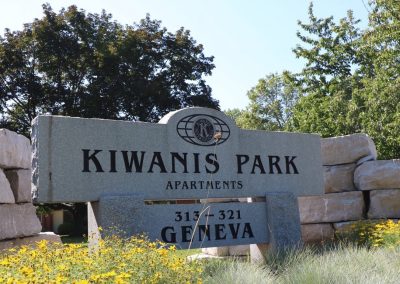 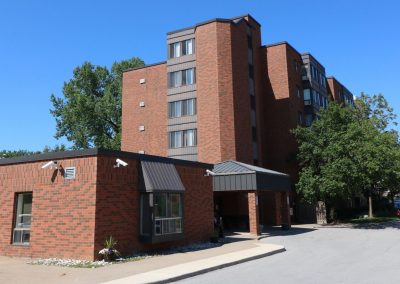