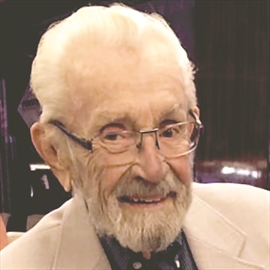 KANE, Ronald Stanley March 13,1935 – March 9, 2019 It is with profound sadness that we announce the passing of Ronald Stanley Kane on Saturday, March 9th, just 4 days shy of his 84th Birthday. He lived life and fought hard right up until his last day. Ron loved the Fort Myers area and had been spending his winters there for the last 34 years. His family are happy he got to spend his last month in Fort Myers. Ron is survived by his wife and best friend Dianne and his daughter Lorna Kane. He will be missed by his grandchildren Madison, Hunter, Tatum, Richard and Robert. Ron has reunited with his son Tom who tragically died in 1995. His generosity was endless as was his love for his family. Ron was born and raised in Toronto. He moved to St. Catharines in 1954 where he founded his company known today as Kane’s Distributing Ltd. He met Dianne in September of 1961 and after a whirlwind romance they married February 9, 1962. Dianne joined Ron in his work and together grew the family company. He was lifetime member of the St. Catharines Kiwanis Club where he held various board positions and was active in many fundraising events such as the Kiwanis Duck Race. Ron was also a valued member of the W.H.E. O. Club and the Niagara Angel Network. He was a great husband, father, grandpa, a strong member of the community, a good friend to many. Ron was known around the world in the Vending industry channels. He was a respected entrepreneur. Thank you to all of Ron and Dianne’s friends, both American and Canadian for all your love and support to Dianne through this difficult time. A very special thank you to Jack Foster (Lynda) for staying with Dianne at the hospital during his final hours. Per Ron’s wishes, cremation has already been performed in Florida. The family will be holding an open house, Celebration of Life on Saturday, May 11th from 2:00 – 5:00 p.m. Location: St. Catharines Kiwanis Club Seniors Apartments, 321 Geneva St. St. Catharines. (Party Room) Best parking is at the Fairview mall (Between LCBO and Zehrs – Along Fence) In lieu of flowers, donations to the St. Catharines Kiwanis Club are appreciated.